John grew up in Fremont, Calif. where he graduated from Mission San Jose High School. In 1984 he moved to Mendocino with his parents. The three of them opened the Mendocino Cookie Company. John also served on the Mendocino Volunteer Fire Dept., quickly becoming a part of the community.

In 1988, John met and married his first love, Brett. The couple relocated to Sebastopol where they opened a second Mendocino Cookie Company. In 1996 they sold the business moving to Missoula, Mont. where John taught computer classes at the university. After a move to Washington they came back to Mendocino in 2002 to help care for John’s ailing father. Shortly after his father’s passing, John and Brett opened Moody’s Organic Coffee Bar in the original cookie company location. Moody’s was sold and John became a freelance computer tech and worked with his family at the Mendocino Cookie Company/Zappa’s coffee in Fort Bragg.

John was devoted to his mother, Beverlee Younger of Mendocino, and will forever be missed by his sister Wendy Younger of Fort Bragg; brother Michael Younger of Auburn, Calif.;niece Amber Younger and grand niece Jayda Dickerson of Salida, Calif.; his nephew Quinn Alarcon of Mendocino; and his very special little buddy Logan Walters. He was preceded in death by his father, Donald Younger. He also considered his very large circle of friends as family members.

John loved life and loved helping people. He will long be remembered for his abundant energy, kindness, big heart, quick wit and quirkiness. He considered the spiritual path he walked to be full of prosperity and wonder. He believed that he was truly blessed. To quote John, “I am very grateful for this life, this body, this go around.”

The family will hold a private service but invites all those who knew John to a life celebration/memorial and potluck on Sunday, June 3, at 12 noon, at the Caspar Community Center. Come celebrate a life well lived.

In lieu of flowers, the family asks that donations be made to the Logan Walters College Trust Fund at Redwood Investments of Fort Bragg.

Elizabeth “Liz” Irwin died peacefully at home in The Woods 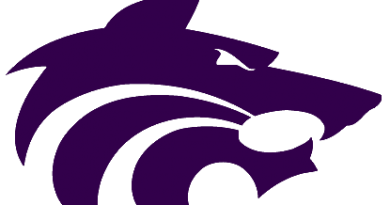 Fort Bragg Timberwolves travel to Middletown to play the Mustangs