In the original proposal and grant application for the acquisition of land by the State Parks. it was purchased as a “Preserve” and the only trail development allowed was for hiking and that was for a trail from the “Mixing Table”, on Hwy 1, down to the Haul Road. No more than 300 yds of development. A “Preserve” cannot have any road improvements.

Most touring cyclists will never use a bike trail through the dunes anyway. They have just finished traveling over the most difficult section of the coastal route from Canada to Mexico. The thing most on their mind is getting food and a place to rest for the night before braving “The Coast”. Routing them down the Haul Road would be cruel. I can pedal into Fort Bragg from Ten Mile Bridge in approximately 30 minutes. Going down the Haul Road would double or triple that time. It has never been an official bicycle route and never should be.

Breaking good news! On November 13th the Coastal Commission voted unanimously to uphold the 10-mile dunes project at MacKerricher State Park. This means that the funding is secure and we can all look forward to watching a recovering Dunes ecosystem. For more details, visit our website: redwood.sierraclub.org

The Chapter blog post on the 10-Mile Dunes last month left you with the news that the Mendocino County Board of Supervisors voted 3-2 to approve Parks’ Coastal Development Permit and to deny the appeal that brought it to the Supes. Good news!

After that approval, as expected, three individual appellants carried their opposition to the next level by filing an appeal with the Coastal Commission. The primary claim of the appeal is that Parks’ proposed removal of old haul road remnants will deny them access to the ocean and to the dunes systems.

Our position is that the minor recreational use made of the continually disintegrating haul road through the dunes pales in comparison to the benefits that will accrue to protected wildlife species as a result of the planned restoration project. All access points into the Preserve remain open, as do the dunes. And most people continue to use the preferred Coastal Trail along the hard-packed sand at the shoreline – within sight of the ocean. Of course!

Both the Mendocino Group and the Redwood Chapter studied the project and submitted comments to the Coastal Commission in support, as did Congressman Jared Huffman. State Parks’ focus on ecosystem restoration – that includes hand removal of invasive beach grass and ice plant and re-planting of native species – will create an additional 250 acres of critical wintering and nesting habitat for the Western Snowy Plover, restore rare native plants and dune vegetation, and, with the haul road gone, free two streams from the constriction of obstructive culverts. What’s not to like?

Coastal Commission staff reviewed the appeal and issued a 500-page report, 40 pages of which were their “Findings and Declarations”, including their analysis of the appellants’ contentions.

Their conclusion: “Therefore, Commission staff recommends that the Commission find the appeal raises no substantial issue with respect to the grounds on which it was filed.” That’s more good news!

Now that the Commission has agree with Staff’s findings, the permit is approved and Parks can go forward with restoration of this rare and precious piece of California’s natural heritage. 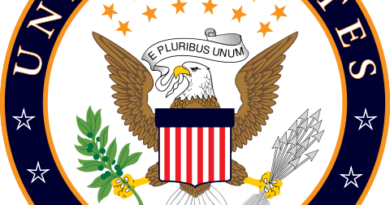