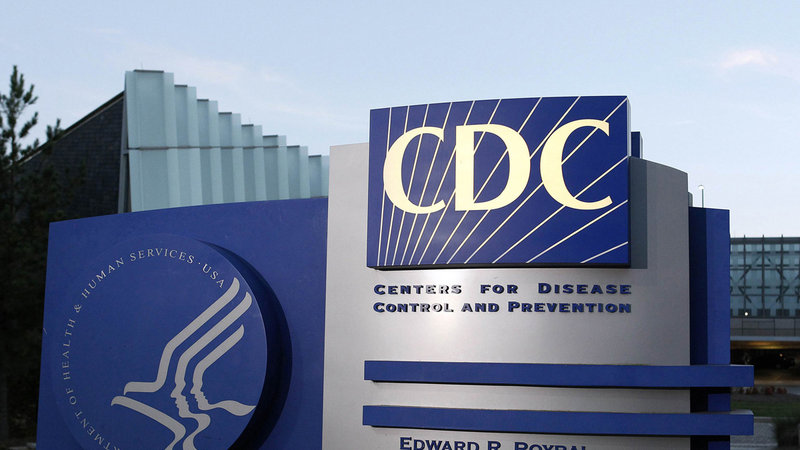 Carmen S. Villar, MSW
Chief of Staff Office of the Director
MS D­14 Centers for Disease Control and Prevention (CDC)
1600 Clifton Road Atlanta, Georgia 30329­ 4027
August 29, 2016
Dear Ms. Villar:
We are a group of scientists at CDC that are very concerned about the current state of ethics at our agency. It appears that our mission is being influenced and shaped by outside parties and rogue interests. It seems that our mission and Congressional intent for our agency is being circumvented by some of our leaders. What concerns us most, is that it is becoming the norm and not the rare exception. Some senior management officials at CDC are clearly aware and even condone these behaviors. Others see it and turn the other way. Some staff are intimidated and pressed to do things they know are not right. We have representatives from across the agency that witness this unacceptable behavior. It occurs at all levels and in all of our respective units. These questionable and unethical practices threaten to undermine our
credibility and reputation as a trusted leader in public health. We would like to see high ethical standards and thoughtful, responsible management restored at CDC. We are asking that you do your part to help clean up this house!
It is puzzling to read about transgressions in national media outlets like USA Today, The Huffington Post and The Hill. It is equally puzzling that nothing has changed here at CDC as a result. It’s business as usual. The litany of issues detailed over the summer are of particular
concern:
Recently, the National Center for Chronic Disease Prevention and Health Promotion (NCCDPHP) has been implicated in a “cover up” of inaccurate screening data for the Wise Woman (WW) Program. There was a coordinated effort by that Center to “bury” the fact that
screening numbers for the WW program were misrepresented in documents sent to Congress; screening numbers for 2014 and 2015 did not meet expectations despite a multi­ million dollar investment; and definitions were changed and data “cooked” to make the results look better
than they were. Data were clearly manipulated in irregular ways. An “internal review” that involved staff across CDC occurred and its findings were essentially suppressed so media and/or Congressional staff would not become aware of the problems. Now that both the media
and Congresswoman DeLauro are aware of these issues, CDC staff have gone out of their way to delay FOIAs and obstruct any inquiry. Shouldn’t NCCDPHP come clean and stop playing games? Would the ethical thing be to answer the questions fully and honestly. The public
should know the true results of what they paid for, shouldn’t they?
Another troubling issue at the NCCDPHP are the adventures of Drs. Barbara Bowman and Michael Pratt (also detailed in national media

outlets). Both seemed to have irregular (if not questionable) relationships with Coca­Cola and ILSI representatives. Neither of these relationships were necessary (or appropriate) to uphold our mission. Neither organization added any value to the good work and science already underway at CDC. In fact, these ties have now called into question and undermined CDC’s work. A cloud has been cast over the
ethical and excellent work of scientists due to this wanton behavior. Was cultivating these relationships worth dragging CDC through the mud? Did Drs. Bowman and Pratt have permission to pursue these relationships from their supervisor Dr. Ursula Bauer? Did they seek
and receive approval of these outside activities? CDC has a process by which such things should be vetted and reported in an ethics review, tracking and approval system (EPATS). Furthermore, did they disclose these conflicts of interest on their yearly OGE 450 filing. Is there
an approved HHS 520, HHS 521 or “Request for Official Duty Activities Involving an Outside Organization” approved by Dr. Bauer or her Deputy Director Ms. Dana Shelton? An August 28, 2016 item in The Hill details these issues and others related to Dr. Pratt.
It appears to us that some thing very strange is going on with Dr. Pratt. He is an active duty Commissioned Corps Officer in the USPHS, yet he was “assigned to” Emory University for quite some time. How and under what authority was this done? Did Emory University pay his
salary under the terms of an IPA? Did he seek and receive an outside activity approval through EPATS and work at Emory on Annual Leave? Formal supervisor endorsement and approval (from Dr. Bauer or Ms. Shelton) is required whether done as an official duty or outside activity. If deemed official, did he file a “Request for Official Duty Activities Involving an Outside Organization” in EPATS? Apparently Dr. Pratt’s position at Emory University has ended and he has accepted another position at the University of California ­ San Diego? Again, how is this possible while he is still an active duty USPHS Officer. Did he retire and leave government service? Is UCSD paying for his time via an IPA? Does he have an outside activity approval to do this? Will this be done during duty hours? It is rumored that Dr. Pratt will occupy this
position while on Annual Leave? Really? Will Dr. Pratt be spending time in Atlanta when not on Annual Leave? Will he make an appearance at NCCDPHP (where he hasn’t been seen for months). Most staff do not enjoy such unique positions supported and approved by a Center
Director (Dr. Bauer). Dr. Pratt has scored a sweet deal (not available to most other scientists at CDC). Concerns about these two positions and others were recently described in The Huffington Post and The Hill. His behavior and that of management surrounding this is very
troubling.
Finally, most of the scientists at CDC operate with the utmost integrity and ethics. However, this“climate of disregard” puts many of us in difficult positions. We are often directed to do things we know are not right. For example, Congress has made it very clear that domestic funding for NCCDPHP (and other CIOs) should be used for domestic work and that the bulk of NCCDPHP funding should be allocated to program (not research). If this is the case, why then is NCCDPHP taking domestic staff resources away from domestic priorities to work on global health issues? Why in FY17 is NCCDPHP diverting money away from program priorities that directly benefit the public to support an expensive research FOA that may not yield anything that benefits the public? These actions do not serve the public well. Why is nothing being done to address these problems? Why has the CDC OD turned a blind eye to these things. The lack of respect for science and scientists that support CDC’s legacy is astonishing.
Please do the right thing.
Please be an agent of change.
Respectfully,
CDC Spider
(CDC Scientists Preserving Integrity, Diligence and Ethics in Research)
Cc:
CDC Ethics Office
Share This Post: