Last week authorities in Oregon hammered out an agreement on the price of crab for this year’s harvest.

Representatives from the Oregon State Legislature along with crab fishermen and fish processors worked out a deal that set the price for $2.65 a pound.

That’s up from last year, but still not what the fishermen wanted to get.  They were hoping to collect $3.00 a pound. One Oregon fisherman left the meeting saying, “The fish processors won.”

Drought on the horizon

As we look ahead in the extended weather forecast here along the Mendocino Coast, there is no rain in sight from now all the way through Christmas.

We should have mostly sunny skies with daytime temperatures in the mid to upper 50’s and the Christmas day forecast is calling for clear, sunny skies and an after high of 58 degrees.

Analysts fear that if we don’t get a decent rainfall early next year, the state of California may enter a drought period.  The long range outlook is for a dryer than normal year, which is not good news for water users here on the coast.

A man who went missing over the weekend was found safe and sound in Ft. Bragg after a massive search and rescue effort had failed to locate him.  39 year old Willits resident Lawrence Whetman left his property Saturday morning on horseback and told associates he was going to ride on a horse trail across to the Mendocino Coast.  When he failed to return that evening,  Mendocino County authorities, along with mutual aid from Humboldt and Sonoma counties,  began a search and rescue operation to find the missing man.  After he remained missing on Sunday, a witness reported to the Mendocino County Sheriff’s office that they had seen him at a local church service in Ft. Bragg.  Later on Sunday, Whetlan telephoned his fiancee to say he was in the Purity Supermarket, had no idea he had been reported missing, and was planning on walking back to Willits via the Skunk Train tracks later that day.  Sheriff’s deputies contacted Whetlan, confirmed he did not know that he had been reported missing and transported him back to his
residence in Willits

Albion woman re-united with her sons

A local Albion resident was in the  Phillipines recently where she was re-united with her two sons who had survived the devastating typhoon that struck the islands back on November 7th.

Mendocinotv.com’s cameras caught up with Marivic Duffey who recounts her harrowing tale.

By a vote of 4 to 1 the Fort Bragg Planning Commission denied granting a use permit to Robert Affinito for retail occupancy at the old Social Services Building on South Franklin Street. 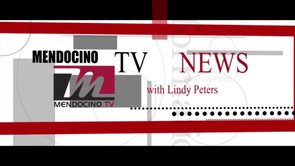