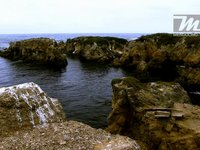 BY THE PRESIDENT OF THE UNITED STATES OF AMERICA

Through Proclamation 7264 of January 11, 2000, President Clinton established the California Coastal National Monument (monument) to protect the biological treasures situated offshore on thousands of unappropriated or unreserved islands, rocks, exposed reefs, and pinnacles owned or controlled by the Government of the United States within 12 nautical miles of the shoreline of the State of California. These dramatic features contribute to California’s awe-inspiring coastal scenery and provide havens for significant populations of seabirds and marine mammals. The monument protects feeding and nesting habitat for an estimated 200,000 breeding seabirds. Development on the mainland has forced seabirds that once fed and nested in the shoreline ecosystem to retreat to these protected areas. The monument also protects forage and breeding habitat for California sea lions, southern sea otters, and northern (Steller) sea lions.

As President Clinton noted in his proclamation, although these offshore habitats may appear distinct from nearby shoreline habitats, they are dependent upon each other, with vital and dynamic exchange of nutrients and organisms being essential to maintaining their healthy ecosystems. The addition of the Point Arena-Stornetta Public Lands as the first shoreline unit of the monument would expand the monument to include coastal bluffs and shelves, tide pools, onshore dunes, coastal prairies, riverbanks, and the mouth and estuary of the Garcia River. The expanded monument would present exemplary opportunities for geologists, archeologists, historians, and biologists to use the historic and scientific objects in these lands to further illuminate the evolving relationship between California’s abundant coastal resources and its human inhabitants.

The Point Arena-Stornetta Public Lands, in Mendocino County, California, encompass a wind-swept landscape of dramatic coastal beauty and significant scientific importance. Like the monument’s striking offshore rocks and islands, these lands have been shaped by powerful geologic forces. An uplifted coastal terrace that underlies much of the area is part of the Gualala Block, a piece of continental crust that was captured by the San Andreas Fault and is now joined to the Pacific Plate. The striking bluffs that form the outer edge of the terrace are pierced in a few locations by blowholes — openings near the bluff’s edge through which rising tides force gusts of salt-laced air and occasional geysers of ocean water. Near some of the blowholes, a creek flows over the edge of the cliff, sending a delicate sheet of water into the cold waves below.

Some of California’s most spectacular wildlife make use of this striking landscape and its diverse vegetation communities. The Point Arena-Stornetta Public Lands provide important habitat for harbor seals, Steller sea lions, and an occasional elephant seal, which visitors can catch sight of from the vantage of the terrace’s western bluffs. The terrace itself supports thriving native bunchgrass prairie and coastal scrub communities. Generally low-lying vegetation is punctuated by a rare bishop pine forest and the southernmost natural example of a shore pine forest.

The bunchgrass prairie is home to the endemic Behren’s silverspot butterfly, which is dependent on the presence of the dog violet. The rare and endemic Point Arena mountain beaver makes use of the diverse habitats in these lands. A wide array of rare bird species also uses the area’s interconnected habitats, including the black oystercatcher, the little willow flycatcher, the yellow warbler, and the black-crowned night heron. Squadrons of brown pelicans are a frequent sight, gliding low over the powerful waves, while snowy plovers are sometimes seen foraging along the surf line.

Water plays an essential role in sustaining and connecting plant and animal life in this rugged landscape. At the northern end of these lands, the Garcia River ends its 44-mile journey to the Pacific. The estuary formed by the meeting of these waters provides both a nursery for juvenile fish and a transition zone for a variety of far-roaming salmonids, including central California coast coho salmon, the California coastal Chinook salmon, and northern California steelhead. These anadromous species depend on the Garcia River estuary and its flow through the Point Arena-Stornetta Public Lands to access their upstream spawning habitat. Across the river, powerful winds sculpt an extensive dune system, its shifting sands pocketed with brackish, semi-permanent ponds. Hathaway Creek, which feeds into the Garcia River, also passes through the public lands and provides important riparian habitat. The area’s salt marshes, brackish pools, and freshwater springs and seeps support an array of plant and animal species, including Humboldt Bay owl’s clover, as well as the rare California red-legged frog. 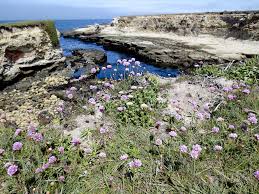 For thousands of years, people have been drawn to this area’s varied and plentiful natural resources. The human history of the Point Arena-Stornetta Public Lands, which lie within the ancestral lands of the Central Pomo Indians, is written across the landscape. Numerous cultural and archeological sites, including middens and lithic scatters, as well as a few chert and obsidian tools, have been found on these lands. Sites and artifacts on these lands provide evidence of the many generations of people who gathered the abundant abalone, fish, mussels, tubers, and seeds and yield data about prehistoric lifeways and settlements. Among the oldest artifacts found in the area is obsidian debitage material dated to over 4,000 years ago. Additionally, these lands contain reminders of the 19th century industries that played a formative role in the development of Point Arena and the greater northern California coastal region.

WHEREAS section 2 of the Act of June 8, 1906 (34 Stat. 225, 16 U.S.C. 431) (the “Antiquities Act”) authorizes the President, in his discretion, to declare by public proclamation historic landmarks, historic and prehistoric structures, and other objects of historic or scientific interest that are situated upon the lands owned or controlled by the Government of the United States to be national monuments, and to reserve as a part thereof parcels of land, the limits of which in all cases shall be confined to the smallest area compatible with the proper care and management of the objects to be protected;

WHEREAS it is in the public interest to preserve the objects of scientific and historic interest on the Point Arena-Stornetta Public Lands; 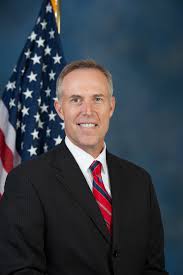 All Federal lands and interests in lands within the boundaries of the unit are hereby appropriated and withdrawn from all forms of entry, location, selection, sale, leasing, or other disposition under the public land laws, including withdrawal from location, entry, and patent under the mining laws, and from disposition under all laws relating to mineral and geothermal leasing.

The Secretary of the Interior shall manage the unit through the Bureau of Land Management as part of the National Landscape Conservation System, pursuant to applicable legal authorities, to protect the objects identified above.

Nothing in this proclamation shall be deemed to enlarge or diminish the rights of any Indian tribe.

Nothing in this proclamation shall enlarge or diminish the jurisdiction or authority of the State of California, including its jurisdiction and authority with respect to fish and wildlife management.

Nothing in this proclamation shall be deemed to revoke any existing withdrawal, reservation, or appropriation; however, the monument shall be the dominant reservation.

Warning is hereby given to all unauthorized persons not to appropriate, injure, destroy, or remove any feature of this monument and not to locate or settle upon any of the lands thereof.

IN WITNESS WHEREOF, I have hereunto set my hand this eleventh day of March, in the year of our Lord two thousand fourteen, and of the Independence of the United States of America the two hundred and thirty-eighth.