After much speculation, Judy Tubbs Valadao,announced at the May 11 City Council meeting that Mayor Dave Turner was served with a Notice of Intention to recall him from office.  She represents Fort Bragg citizens opposed to the purchase of the Old Coast Hotel by the Mendocino Coast Hospitality Center (MCHC) using Community Development Block Grant (CDBG) Funds,

Watch Ms. Valadao deliver a written statement, with assistance from Marissa Columbi, outlining the reasons they are pursuing this action against Mayor Turner. Over the last several months people both for and against the City assisting with the $990,000 purchase of the Old Coast Hotel, previously listed for sale at $2,995,000 and currently valued at $886,013 on Mendocino County tax records, made presentations to the City Council. The Council voted 3-1 to approve the purchase with one member recused. In short, the recall proponents believe the Mayor had already decided to support the project and wasted their time and energy attending meetings and testifying.

The recall process can be time consuming and expensive. The recall proponents must follow very specific steps and timelines as outlined Recall Process Chart . They must obtain 781 registered voters signatures on properly worded petitions within 60 days of the Mendocino Elections Department approving the petition. The County then has 30 days to verify the legitimacy of the voters and declare whether or not an election is warranted. If so, either the City Council or County Elections will set an election date between 88 and 125 days. During this period there is also a process for candidates to declare themselves, following the same procedures used in every City Council election.

Watch the video clip of the City Council meeting, which includes Mayor Turner’s response. Follow Mendocino TV as we keep you updated on the recall developments. 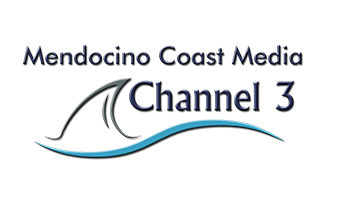 Scott Schneider is a thief and Linda Ruffing is a liar!