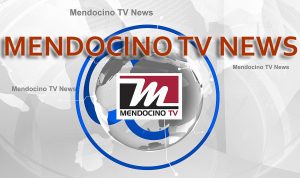 What looked like a potential problem with the Mendocino Coast District Hospital/ Mendocino Coast Healthcare District (MCDH/MCHD) Board of Directors vote tally to replace Dr. Kate Rohr, turned out to be a simple communications and addition mistake that did not affect the outcome, which resulted in Steve Lund being named the interim board member until after the November election.

I personally viewed the ballots this week and talked to CEO Bob Edwards, who clarified how the error occurred. While I apologize for the delay in reporting, I did not receive the MCDH press release, with the official explanation, until Thursday morning and had also been distracted with a friends’ critical health emergency that resulted in my spending almost 24 hours in the MCDH Emergency Department.

PRESS RELEASE
MENDOCINO COAST DISTRICT HOSPITAL
During the Special Board Meeting for Mendocino Coast District Hospital on August 10, 2016, Mr.
Steve Lund was confirmed as the District community member to serve as a Board of Director
until December 2, 2016.
The ballot scores reported by Bob Edwards, and two community members, were reported
incorrectly. Forty total points were available during the election, however 43 total points were
reported out, as one number was incorrect on the ballot score. The corrected scores are; Lund,
21 points; Smart, 15 points; Frey, 3 points; and Ross, 1 point. Mr. Steve Lund is the high score
candidate.

Watch the candidates interviews here.  Mr Lund, the successful applicant and runner up Tanya Smart are both candidates for MCDH/MCHD Board of Directors positions in the November election.

Mendocino TV will be sponsoring and conducting a candidates forum for the MCDH/MCHD Board of Directors election on September 28 at 6:00 PM, facilitated by Marianne McGee and will feature call in questions at 964-0101.  This show, as a program of its Naturally Mendocino series, is a news show produced independently of Mendocino Coast District Hospital. All MCDH/MCHD board candidates will be invited to participate in this event.  Please refer all questions to Mendocino TV at 964-0101 or comment on our internet broadcast station at www.mendocinotv.com.

The Opioid Epidemic: What Does Our Community Need to Know? from Terrence Vaughn on Vimeo.

Mendocino Coast District Hospital Board of Directors May 30 2019

MCDH Board Members looking for a Quick fix!