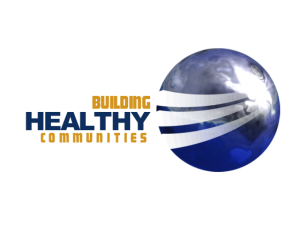 Financial issues continue to dominate the Mendocino Coast District Hospital (MCDH)/Mendocino Coast Healthcare District (MCHD) Board of Directors as it voted to increase the MCDH debt with a 4.15 million dollar uninsured revenue bond issue, which will not need voter approval nor include a process for public input.

While some capital expenses appear urgent, such as assuring surgery can be done safely in the operating room, and could severely impact MCDH’s ability to serve the public, it is unclear if the 2 million dollar upgrades on the Electronic Healthcare Records (EHR) is so urgent, other than the desire to include this expense in this revenue bond.  The need for an automatic transfer switch, having safe surgical air flow, a sterile area in central services as well as an adequate record system for diagnostic imaging are indeed critical and have been deferred.  While Medicare reimbursements will cover some of the EHR expenses, perhaps this project will include the Executive Support System module, which was revealed in July to show both the Board and staff have not had the software to extract the critical detailed financial information necessary to make sound fiscal decisions.   The lack of this data was the source of frustration that appeared to be at the root of many board conflicts and the resignation of Dr. Rohr, although both Sean Hogan and Kitty Bruning also wanted it.

There is a sense of urgency on making the bond deal now to save attorney fees from the recent restructuring and the current low interest rates fueled by the fear that the interest rate may leap forward after the November elections and remarks from the Federal Reserve.

Malcolm MacDonald was the only citizen who gave public comment.  He pointed out that few citizens, not connected to MCDH were in attendance and was angry about the lack of notice to the general public and that no system was in place to encourage it on such a critical financial resolution.  He referenced a letter from Kaye Handley, a citizen member of the Finance Committee and a candidate for the 4 year MCDH/MCHD Board seat, who was angry that her concerns about this type of financing were not allowed to be expressed and listened to.  Both Mr. MacDonald and Dr. Glusker want her letter to be reflected in the public record.  If you watch the Mendocino TV MCDH Candidates Forum, you will see that building community engagement is critical to the successful survival of the hospital.  It does not appear the current board is listening very closely to citizen concerns, which if it continues on a broad level could potentially be a fatal flaw when combined with the constant financial apprehensions.

Dr. Glusker expressed his continuing concerns that MCDH does not have the financial resources to repay this new debt and that the current budget is based on providing a level of services the hospital is not able to sustain.  He is also worried about the fact that these bonds will be uninsured, although must be approved, by Cal Mortgage because of the cost and timeline to do so would stall the bond action. Various potential savings, as well as the threat of potential fines and reimbursement losses were thrown around which may improve the bottom line and repay this debt.

Other Board Members expressed reservations about jumping into new debt without a long term plan, most eloquently summarized by new member Steve Lund.  Other members also expressed their reluctance although were concerned that this deferred maintenance could cost MCDH its’ license.  The final vote was 4-1 to move forward with the projects, with Dr. Glusker casting the lone no vote.

A resolution was also passed which will result in a previous General Obligation Bond to be refinanced.  This will result in a savings of $500,000 to taxpayers and will only proceed if it produces the expected outcomes.  It passed on a 5-0 vote.

Other enlightening elements of the meeting included:

This report is brought to you as a segment of Mendocino TV’s new show, Building Healthy Communities hosted by Marianne McGee, MA.  We will explore a broad variety of topics and guests pertinent to building healthy communities, both on the Mendocino Coast and the world we live in today.  Join us via our website or Facebook to keep up on the latest segments.