DEMAND THE IMPOSSIBLE — A Radical Manifesto

Bill Ayres will visit an old friend, Skip Taube and Dr. Richard L. Miller on Mind Body Health & Politics on Wednesday December 7th at 3pm. Watch live to call in on (707)964-0101 or chat online in real time with viewers of like mind.

Editor – While perusing the Oberlin alumni magazine my partner gets, I gleaned this insight: …”as an author, it really taught us about the POWER OF AUDACITY — what it means to have a desire manifest or realize something, to birth it AGAINST ALL ODDS. The audience was so responsive, their energy and awareness was palpable, and I felt many times you could sense the OPENING OF HEARTS AND MINDS.” This by way of informing your readers that author Bill Ayers will be at the Gallery Bookshop in Mendocino on December 7 at 6:30 to promote his new book, DEMAND THE IMPOSSIBLE — A Radical Manifesto. As he is an old friend from Ann Arbor days, I took special interest in the following Mendocino recollection of his from a new book, Witness to the Revolution by Clara Bingham:

“…after the townhouse explosion on March 6, 1970, we shifted and changed back to what we were before that fateful year……. I had never really been to the West Coast…… Oh, hippie culture was magnificent!….. It was the first time any of us had relaxed in about a year and a half…. It was kind of an unwinding…. 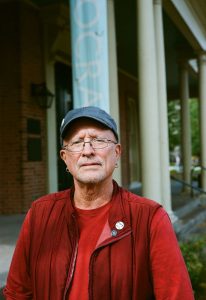 We were in a house in Mendocino…. and a lot of walks on the beach…. And for me, embracing my particular loss. Diana Oughton, Terry Robbins, and Teddy Gold were friends…. For them to die in that horrible moment meant some grieving, decompression, reflection, and debriefing was essential… The group in Mendocino…had written the Weatherman statement…. we still thought we needed a clandestine network to survive the impending American fascism…. We still felt…we ought to issue a screaming alarm to the American people that the society was going to uncork, and that this war (in Vietnam) and the attack on the black movement was the uncorking…. We were reading Native American authors, like Crazy Horse, by Mari Sandoz…. The other piece coming out of the meetings in Mendocino was that a bright line was drawn…. We’re not about hurting anybody. We carried guns in the summer of ’69. We stopped carrying guns. I carried a gun for about nine months — carried it onto airplanes…everywhere I went. Whenever I spoke, I had a gun in the back of my belt. We were walking in uncharted territory.” – Bill Ayers, aka while underground: Michael J Rafferty, Jr., Jules Michael Taylor, Hank Anderson, Joe Brown.