A national known expert Dr. Tim O’Shea, author of “Vaccination Is Not Immunization will be a featured speaker.

“Vaccination Is Not Immunization is written for everyone concerned about the health and well-being of their children and of themselves. It’s all there: the history of vaccines; the ingredients of vaccines; the dangers of vaccines. It’s for parents, educators, those in the medical profession, midwives, nurses, those working in government and practitioners of alternative medicine as well.” Click on the following website for more information on Dr. O’Shea.
http://www.immunitionltd.com/book/vaccination-is-not-immunization.htm

Followed by medical school at the University of California at San Francisco San Francisco (1975). He has been board certified and recertified by the American Boards of Family Practice and Emergency Medicine. He also served on the Alaska State Medical Board. Dr. Rowen is affectionately known as “The Father of Medical Freedom” for pioneering the nation’s first law protecting alternative medicine in 1990, in Alaska.

Greg Glaser is a vaccine rights attorney in California

with a litigation and transactional law background. He is a graduate of UCLA and the University of San Francisco. He is devoted to protecting the rights of parents and children to obtain exemptions from vaccination under SB277. As a practicing lawyer, he is committed to protecting the fundamental right of informed consent.  He serves as the  General Counsel and National Coalition Director for Physicians for Informed Consent.  ‘As an attorney, one of the things that I do daily is help doctors, parents and schools comply with SB277’. 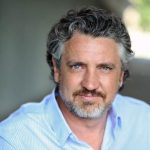 PRODUCER Del Bigtree was an Emmy Award-winning producer on the daytime talk show The Doctors, for six years. With a background both as a filmmaker and an investigative medical journalist, he is best known for combining visually impactful imagery, raw emotional interviews and unbiased investigative research into stories that push the envelope of daytime television. Some of his most thought-provoking episodes include a rare televised debate between Monsanto’s head of toxicology Dr. Donna Farmer and GMO activist Jeffrey Smith and an exposé on a “gold standard” medical test that mistakenly indicts loving parents for child abuse, causing their children to be remanded to Child Protective Services.

When Bigtree began investigating the story of the CDC Whistleblower and the fraud perpetrated by the CDC, he soon realized that he had stumbled upon a story of corruption and deception beyond any he had ever seen. Further investigation into the wrongful destruction of Andrew Wakefield’s career orchestrated by Big Pharma and the UK Department of Health inspired him to focus all of his attention on what he believes to be the most crucial documentary of the year. Bigtree is proud to be working side by side with Andrew Wakefield, one of the most important minds of our time, to create a documentary that will not only alert Americans to the outright destruction of their civil liberties, but will lead the charge to demand the formation of a genuine independent research body conducting legitimate science to ensure that all vaccines are truly safe.

“What human right is is more sacred than the right to choose what is put into your body?”

Now is the time for a call to action to unify this subject with some sensible recommendations articulated clearly and simply.