This second meeting of the Mendocino Coast District Hospital (MCDH) ad hoc OB Committee was a marked improvement over the previous meeting, with Chair Dr. Kevin Miller demonstrating substantially better leadership skills. It also helped that he was calmer, more focused and followed the agenda.

As there were several different audience attendees, Dr Miller gave a lengthy overview of the previous meeting. Lucresha Renteria, Mendocino Coast Clinics (MCC) Executive Director, gave a clear and concise financial report on both OB/GYN and pediatrics, as well as clarifying their roles and responsibilities as a Federally Qualified Health Center (FQHC). It is well documented that MCC, like MCDH, struggles to provide care within its financial constrains. She included pediatrics information because, like OB, MCC has a shared 24/7on call relationship with MCDH, where each organization recruits and pays for the coverage part of the time. Pediatrics is also linked to the stringent OB staffing requirements. She did note that MCC and the Alabama clinic Dr. Abramson referred to last meeting are the only FQHC’s in the country (that she knows of) who help cover the hospital costs of on call services. She also clarified the misinformation that MCC is not required to provide OB/GYN care themselves, they just need to have an agreement with an organization that does.

The main OB issues come down to money and staffing. In the old days, the local physicians shared on call responsibilities and now most have retired, resulting in the need to hire out of town locums, which are extremely expensive. Recruitment of permanent staff, especially nurses, is difficult because of low births making it difficult to keep up their very specialized skills and all the other drawbacks of our rural, isolated community. This community is much more attractive to people nearing retirement, rather than those beginning their careers given expensive housing, lack of professional jobs for partners, lower salaries, educational opportunities and distance to urban stores and services.

There is no magic funding source for either entity and yet the recent community survey and meeting illustrated a very ardent desire to keep OB healthy and functioning. There are potential ideas emerging to improve the service and lower the financial losses, including perhaps recruiting a new OB/GYN physician. One bright note is that Ms. Renteria was 99% sure she is hiring a new pediatrician and could carry more of that on call burden. 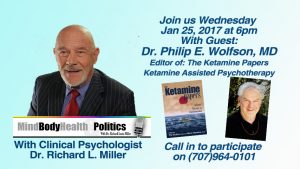 There were two issues that arose in this meeting of general community concern and impact the number of births at other hospitals. First, MCDH is unable to deliver Vaginal Birth After Caesarian (V-Back) babies because of the requirement to have a surgical team on hand. The other issue is that there is now no place in Mendocino County where a woman can have a therapeutic abortion. MCC is restricted by their federal funding and since the Adventist Hospital bought the Abramson/Gutnick Clinic, it is against their policies.

There is something about birth that carries a very strong emotional impact for most of us. There is inherent conflict in this project that is difficult to manage, as there are very passionate feelings linked to OB from many different viewpoints and histories of those involved. Some people in the room are appearing to defend their work, practices and beliefs. Historically, many of those people and organizations have had conflicted and/or competitive relationships. So, the air of defensiveness that permeated the first meeting appeared to lessen this time around. People seem to relax a bit recognizing that everyone is trying to do their jobs the best they can and to be listening to each other.

While I think it is a bit premature to draft a report for the MCDH Board, John Allison volunteered to put together a first draft for the next meeting on February 15 and members can submit other information to him. This an especially difficult era for financial decisions, given the government’s clear intentions to revoke the Affordable Care Act (ACA), as well as the presidential threat to slash regulations and funding. Although we are handcuffed on the federal decision making process, we can certainly impact our local issues. So, please stay informed and involved as the health of you and your community depends on it.