The Mendocino Coast District Hospital (MCDH) Finance Committee met on May 28, 2019 and received a jarring financial update. This report indicates that we may have experienced smoke and mirrors presentations from the previous management leadership, who painted a rosier fiscal picture.

Interim CEO Wayne Allen gave a fiscal update reflecting the fact that the cash flow situation at MCDH, the need to pay some upcoming large sums on the retirement fund and paying down the debt as well as increased numbers of staff and the expense of the new labor agreement, which will apply to all MCDH staff.

In addition to the need to manage cash reserves very carefully, the need to collect outstanding receivables is critical as well as dealing with increasing expenses impacted by lower utilization of their healthcare services.  He punctuated his concerns with the report he has people or letters threatening to not provide goods and services.

A very lively discussion was facilitated by Chair Redding between the Committee, staff and the attendees regarding the use and status of the Measure C property tax funds.  While the Oversight Committee has made recommendations, they have not been presented to the Board of Directors although the CEO has the final thumbs up.  The basic line of the measure was this tax was sold as no money for administration or new capital and was to be for direct patient services.

Two MCDH physicians and the Project Manager for the Meditech Electronic Health Records (EHR) conversion is having a tremendous numbers of issues, especially as this is a new product, which may impact the “Go Live” date and future negotiations.  While MCDH was expecting a completed program, our staff is teaching them how to do their job.  These EHR transitions are historically difficult for everyone involved. A great deal of future financial health is dependent on this new system. Their issues will also be presented at the MCDH Board Meeting May 30, 2019.

The budget discussion proceeded with a MCDH Analyst, who has been meeting with more department staff with their budget information, which had not been done for years.  He said that people are excited about having the critical information and their new participatory roles in the budget process.

This transitioned into a discussion about some “deep dives” into various areas of the financial picture which really needs to happen soon.  Mr. Allen had previously mentioned that when the new CFO arrives Monday, there are numerous projects, including analyzing the number of new management staff that were hired under the previous regime.

The most unique community comments were made by Robert Becker who pointed out that MCDH needs to do some activeoutreach, more than a couple of ads in the paper.  He also expressed concerns that the Ad Hoc Affiliation Committee has the wrong members and he thinks Lund and Redding should be the negotiators with their financial backgrounds’ and experience going up against the highly paid, experienced negotiators any healthcare organization will have. 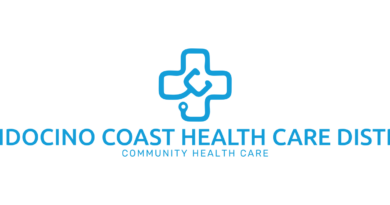 The Mendocino Coast Healthcare District Candidates Forum for Board of Directors