Lindy Peters from KUNK and Terry Vaughn from Mendocino TV are teaming up to bring The Timberwolves Football to the Fort Bragg fans and community!

By PHIL BARBER
THE PRESS DEMOCRAT

This was supposed to be a rebuilding year for Fort Bragg football. No, scratch that. When your head coach is hired three days before your first game, it should be a demolition year, not a rebuilding year.

Yet 11 weeks later, the Timberwolves not only are in the North Coast Section Division 4 playoffs. As the No. 5 seed, they are hosting Piedmont in the first round tonight, and as NCL I champions they could enjoy home-field advantage through most of the postseason should they be able to make a run.

Eleven Redwood Empire teams play in eight NCS games tonight and Saturday, including three head-to-head battles: Sonoma Valley at Cardinal Newman in Division 3, and Healdsburg at St. Helena in Division 4, both tonight, and Calistoga at St. Vincent in Division 5 on Saturday. We’ve got powerhouses and underdogs, big schools and small schools. And it’s unlikely anyone has a stranger tale than Fort Bragg.

Coming off a mediocre 5-5 season in 2011, the Timberwolves were turned upside down when head coach Kevin Costello resigned the week before the first game in August. The school turned to Roy Perkins, who had been working with the JV team after moving back to the area from the Central Valley.

Perkins did have some advantages. He spent 22 years working under Jack Moyer, the legendary Fort Bragg coach who retired after the 2010 season. He knew the Mendocino coast, he knew the existing staff and even was familiar with many of the players.

“A lot of these kids knew who I was because I had coached their parents,” Perkins said. “It was not like somebody coming into a new town. I hadn’t coached here in 10 years, but I grew up here.”

Still, the task ahead was daunting, the learning curve steep. The Timberwolves installed a veer offense in Perkins’ first week, and focused on a new 5-3 defensive scheme in his second week. The coach said that his athletes were on board from the very first team meeting.

“Getting the kids to buy in took about 10 minutes,” he said. “The first couple weeks, we threw things at them at a pace that was unbelievable, but they never gave us any resistance.”

Somehow, the Timberwolves started winning right out of the gate. Their only loss was to a good St. Bernard Catholic team on Sept. 1. Perkins found a game-breaking, 5-foot-7 halfback in Zach Smith, who had several 200-yard games this season, and a poised quarterback in Tyler Ashby. Both are juniors.

Even more crucial to Fort Bragg’s success is a ferocious defensive line led by ends Eric Herrejon and Jacob Clarke, and rugged nose tackle Neil Dondanville. These guys, all of them seniors, know how to occupy blockers and funnel running plays.

“Our linebackers don’t get blocked much,” Perkins said.

As Perkins will acknowledge, Fort Bragg benefited from some fortunate scheduling, too, getting all of the other NCL I contenders — St. Helena, Middletown, Willits and Clear Lake — at home.

Those games were trials by fire. The Timberwolves beat Middletown on a late score, came back from a 32-13 third-quarter deficit to knock off Willits and edged St. Helena in overtime on a daring 2-point conversion.

“Those grueling, close comeback wins certainly prepared us for the playoffs,” Perkins said.

Sixth-seeded St. Helena and No. 8 Middletown are both in Division 4 along with Fort Bragg. So is Sonoma County League representative Healdsburg, seeded 11th. Though Perkins is loath to look past tonight, the Timberwolves would host games against any of the top three seeds — Justin-Siena, Valley Christian and Salesian — because none of them was league champion.

First, though, Fort Bragg must get past Piedmont, the No. 12 seed. The Highlanders were just 5-5 this year, but that’s a bit misleading because they play in the Shoreline division of the tough West Alameda County Conference. Piedmont no longer runs the innovative A11 offense it made famous. It’s more of a spread-formation, shotgun-based team now, but a physical one that can run the ball.

Perkins puts the Highlanders on a par with teams like St. Helena and Middletown. And he’s happy to have the same edge his team enjoyed against those league rivals.

“Fort Bragg is a tough place to play,” Perkins said. “We have a great stadium and a bad road coming in. We’ve got great fans, and if the field’s wet it’s a big advantage. We’ve got Piedmont coming in. They’re gonna be damn good. … But they’re used to their (artificial) turf field down there. We’re hoping that getting them on mud will help.”

The forecast for tonight calls for scattered showers and temperatures in the low 40s. In other words, Fort Bragg weather, which can only be good for Fort Bragg football.

You can reach Staff Writer Phil Barber at 521-5263 or phil.barber@pressdemocrat.com.

Notable: Coach Roy Perkins is hoping for a wet field, the messier the better. “We’re used to it,” he said. “Piedmont plays on a turf field, so the conditions would be an advantage for us.” … Another edge for the Timberwolves is playing in front of friendly fans. They’re 6-0 at home while the Highlanders are 1-2 on the road … The visitors were 1-4 in the West Alameda-Shoreline League. “Most of the schools in their league have much larger enrollments than Piedmont,” Perkins pointed out. “Had they played in a league with schools their own size, their record would be better.” … Piedmont’s enrollment is 827 while Fort Bragg’s is 524 … The Highlanders lost to Healdsburg, 21-17, in the first game of the season … Fort Bragg runs the veer option offense with Zach Smith getting a majority of the touches. The junior has eight runs of more than 70 yards. “He’s small for a running back, but is extremely fast and strong,” Perkins said … The coach believes the key to a successful NCS playoff run will be the play of his defense and special teams. The defense allows just under 13 points per game … The T’wolves are the North Central League I champs and en route to the crown notched a pair of one-point wins over Willits (33-32) and St. Helena (22-21). Both of those games were at Fort Bragg … The lone loss was in the second week of the season at St. Bernard’s (18-6) … Piedmont has lost three straight by a combined score of 90-21 … In this Division 4 matchup, Fort Bragg is the No. 5 seed while Piedmont is No. 12. 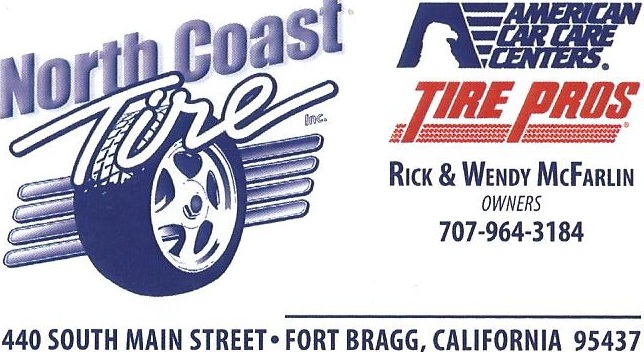 Fort Bragg Timberwolves travel to Cloverdale to play the Eagles