Mendocino Media Makers, hosted by Lindy Peters, welcomes Cindy Lemas and Patty Androff to the Mendocino TV studio on Thursday March 28 at 8:00PM in the historic Union Lumber Company Store and live on the internet at www.mendocinotv.com. 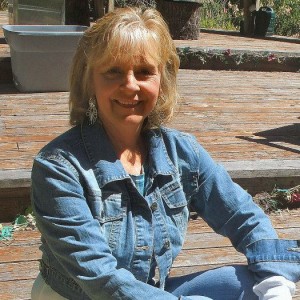 Cindy Lemas has had a long career in a variety of roles and types of media.  She has performed as a vocalist, dancer, host and voice over artist. She has written, directed and produced for theatre, music shows and community events.  Locally, she was cast as a “Client” on Lifetime T.V.’s “On the Road with Austin and Santino” show. Cindy is one of the West Coasts premier Haunted House Designers as you can see on the video above. She is currently working on an event coming to Fort Bragg this year.

Patty Androff is a makeup artist to the stars, as well as being a hairstylist for the last 25 years.  Although she left Hollywood for the Mendocino Coast 16 years ago, she still actively travels the country to work on movie sets.  Most recently she did the famous Mike Tyson facial tattoo scar as the makeup artist for Ed Helms in the soon to be released movie“Hangover 3”.

“Cindy and Patty are both fascinating women with terrific talents and a wealth of experience in a wide range of media”, said Terrence Vaughn, CEO of Mendocino TV. “I am sure host Lindy Peters will use his winsome wit to bring out captivating stories from these extraordinary guests”, he added.

Mendocino Media Makers is an interactive series where the public can participate by attending as a live studio audience member, free of charge, or by logging onto www.mendocinotv.com..  People can call, e-mail or ask their questions during the audience participation segment of the program.  This capacity allows viewers to watch and interact on a computer from any place in the world.  Viewers can also watch the show later for their convenience on the website.

Patty first became interested in makeup as a teenager and soon went to cosmetology school. She started out doing album covers for rockers and country singers. She has studied at LA City College and Elegance Academy, having mentors all along, including Alan Apone, Matthew Mungle, and Tom Burman. Some of Patty’s specialties consist of battle wounds, cuts, bruises, and hand laid facial hair.

“I’ve been in the middle of nowhere seeing amazing places working with great people. I’ve worked on period films of the 1800′s, comedies, lots of TV Mini series, worked with bears, camels, lions, panthers, and buffalo.” Some of Patty’s most memorable experiences were working on “Dances With Wolves” and with Sam Shepard on “Silent Tongue.”

DETAILS
*I have chosen to list department head and key makeup credits. I have done many more projects than listed, more information available on request.

MCDH will close Labor and Delivery