While a number of important matters were presented and discussed at the April 13 Fort Bragg City Council meeting, many essential decisions were made through items finalized on the consent calendar. The most vital to Mendocino TV was the contract approval engaging Terrance Vaughn to restore PEG (Public, Education & Government) TV services to the Mendocino Coast on Comcast Channel 3.

Other consent agenda items approved include:

*Opposition to the fast tracking of the Trans Pacific Partnership Agreement

A presentation and public hearing was held regarding the Chestnut Street Corridor Project, which is moving to the design stage and will make some modifications based on community feedback.

After a presentation on the Fort Bragg Wayfinding Project, the Council gave staff direction, particularly as to the signage as you enter town, which will be returned before final approval is given.

There were a number of Mayor’s recognitions and public comment on non-agendized items, on a variety of topics, which were presented in generally a calm manner. The Council and staff presented information on their most recent activities, with the most exciting being the announcement of the formal Coastal Trail Grand Opening on June 6, 2015. Additionally, the new Police Chief, Fabian Lizarraga, who will sworn in on April 27, 2015.

Mendocino TV is looking forward to its new public-private partnership with Fort Bragg as it assumes leadership in returning PEG TV to the coastal Comcast viewers. We will be depending on the community to provide input and content to make this revitalization successful. Please be patient as we initiate trial efforts with the goal of being operational by July 1. 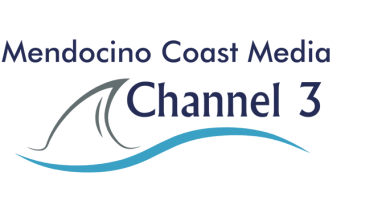