Terrence Vaughn called the meeting to order at 6:07

Rex Gressett expressed his concerns regarding the political and economic structure of the existing organization that is working to implement re-creating the public access television station. We had a lively public discussion regarding this issue and the Volunteer Committee fully supports Rex’s mission to create a responsible successor agency to operate the PEG franchise in the future. 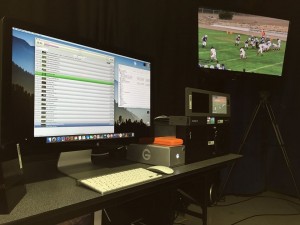 ● Terry thanked Mateo for being here

● Rex thanked Terry for his efforts.

● Terry said he hopes to have a signal next week, it must run solidly for a week and then make an appointment with Comcast to turn it on.

● Jane is concerned about getting back into motels. Terry told the history of Comcast and the motel issue, with them using Channel 3 for HBO in the past. It will have to be investigated in an individual, motel by motel process. We have to identify the issue and then bring it to Comcasts attention.

● Terry will send links from RN TV and get feedback about it to decide if we will cover it or not. It has a great deal of important health information, but also has details on the Oregon Health Plan, which is different than California.

The meeting was adjourned at 7:27.

Wednesday (third Wednesday since the seemed to work for everyone) September 17 ,2015 at 6:00PM at Mendocino TV.