New approach to housing the homeless

SAN JOSE — In what’s being called the first program of its kind in the state, Santa Clara County is partnering with a housing nonprofit and private organizations to get 150 to 200 chronically homeless folks off the street — and will only pay for the effort if it succeeds.

The “Pay for Success” model being rolled out Friday pairs the county with Abode Services on “Project Welcome Home.” Private entities are footing an initial $6.9 million tab, with mechanisms in place for payback if progress is seen starting at the three-month mark.

Santa Clara County Board President Dave Cortese said the model guarantees taxpayers will not take a hit if the program fails.

“The Pay for Success model offers promise for governments seeking to address complex challenges while connecting payments for services to results,” said Cortese. “We are eager to test the model on chronic homelessness, by helping people with the most difficulty to stabilize their lives through supportive housing.”

County leaders pointed at a recent homelessness report that counted 6,500 people in need of shelter in Santa Clara County, 2,200 of those considered chronic cases. It found that between 2007 and 2012 more than $3 billion in public funds had been used by the homeless population, in the form of emergency room visits, jail time and other services. A core group of 2,800 persistently homeless folks averaged about $83,000 per year each in homeless services.

Cortese said that getting some of those people sheltered would go far to reduce the amount of county services they use, and those savings would in turn pay for the housing.

“It makes all the sense in the world for us,” he said.

Chicoine said Abode takes a “housing first” approach to get folks in supportive housing, then figuring out how to meet their other needs.

“We don’t fool around trying to get people ready for housing,” he said. “We put them in right off the bat and then wrap services around them to help put the pieces of their lives back together.”

Under the program, the county would begin paying for participants at the three-month mark, and continue for up to six years at a cost of up to $8 million. The target goal is to see at least 80 participants achieve a year of continuous tenancy. If that goal is exceeded, the county will pay out more than the initial investment, up to $8 million, giving the initial investors a profit.

Given Abode’s history in getting homeless folks housed, Chicoine was confident the program would not fail and said he hoped to see it actually expand in the future — something Cortese said is part of the plan.

“Everybody around here involved in this, we’re are all looking forward to an expansion,” he said. “There’s a lot of confidence it will pay off.”

Green & Sober interwork b from Terrence Vaughn on Vimeo.

“Project Welcome Home” is one of a number of efforts currently aiming to shelter the homeless. On Friday, a Santa Clara County task force will make recommendations related to possible short and long-term solutions, including allowing longterm homeless camps in county parks or other designated areas and constructing small “microhouses on wheels.”

San Jose leaders are also meeting on Friday to discuss what the city is looking at going forward, and a plan to set up a new temporary emergency shelter in Sunnyvale before winter will be presented to residents on Monday.

In addition, a collaboration of the county, cities and nonprofits aimed at bolstering services to the homeless moved forward this week with the Board of Supervisors’ approval of nearly $3 million more funding into local programs. 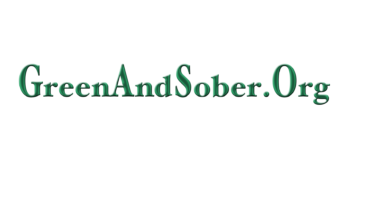 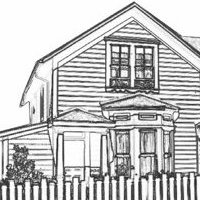 SOMEHOW I THINK WE CAN DO BETTER………….

Fort Bragg City Council steps up to the plate!