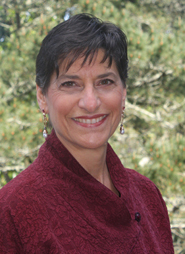 The publication of Going the Distance: Finding and Keeping Lifelong Love crafted with David Geisinger, Ph.D., her partner of 32 years, has defined her as an acknowledged expert on intimate relationships.  Her vast experience with the subject matter as well as her natural communication skills have made Dr. Barbach a much sought after therapist, speaker and media personality. She is skilled in a variety of treatment modalities in treating individuals and couples with problems ranging from anxiety and depression to parenting and communication issues.

As one of the first co-directors of clinical training at the University of California San Francisco, Human Sexuality Program, Dr. Barbach created the women’s preorgasmic group treatment program.  Considered a pioneer in her field, her dozen books, translated into an equal number of languages, have sold over 4 million copies in the U.S. alone.  She is a life member of the American Psychological Association and is currently Director of Content for Happy Couple, a quiz-style game that takes you from dating to building a healthy and sustainable relationship (www.happycouple.co) 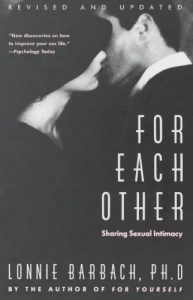 Her first book, For Yourself: the fulfillment of female sexuality was recently (2012) ranked the #1 self-help book across all surveys carried out by the National Register of Health Care Providers in Psychology, the major credentialing organization for psychologists.  For Each Other: sharing sexual intimacy was ranked #4.

Dr Barbach has appeared on hundreds of local radio and television programs as well as most nationally televised talk shows, many several times, including Oprah, Good Morning America, The Today Show, CBS Morning News, and Charlie Rose. She had her own bimonthly segment on San Francisco’s KPIX Morning Show for more than 18 months. You can listen to her podcast on Forum on KQED: http://www.kqed.org/a/forum/R201108041000

Dr. Barbach’s contracted advice columns have appeared in Playgirl Magazine, New Woman Magazine, eternelle Magazine and McCall’s. She was featured as the lead story, her photograph on the cover, of the 25th anniversary edition of San Francisco Magazine.  Articles and excerpts from her books have been published in magazines ranging from Family Circle and Redbook to Cosmopolitan and Men’s Health. And her edited compilations of female oriented erotica initiated a new literary genre.

She has authored books, videos or CDs on the following subjects:

She has been the recipient of The Millies, Creative Achievement Award; Santa Clara County Psychological Assn. Significant Contributions to the Field of Psychology Through the Media; and The American Medical Writers Assn. Award.