A New Day And A New Host 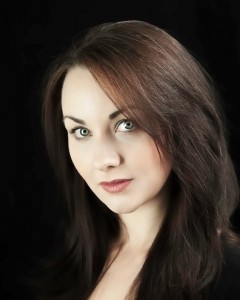 Mendocino Media Makers, hosted by Lindy Peters, welcomes Felicia Freitas to the Mendocino TV studio on Thursday March 21 at 8:00PM in the historic Union Lumber Company Store and live on the internet at www.mendocinotv.com.

Now Mendocino Theatre Company’s (MTC) Producing Director, Felicia Freitas has performed in a variety of theatrical capacities including actor, stage manager, board member, artistic committee member, designer, and director on both the Mendocino Coast and in Ashland, Oregon.

“I am excited to welcome Felicia in her new role with MTC and to see what changes are in store for this legendary theatre company”, said Terrence Vaughn, CEO of Mendocino TV. “Tonight our new host Lindy Peters will bring his unique interviewing skills to the show, which will result in a lively and informative discussion”, he added.

Mendocino Media Makers is an interactive series where the public can participate by attending as a live studio audience member, free of charge, or by logging onto www.mendocinotv.com..  People can call, e-mail or ask their questions during the audience participation segment of the program.  This capacity allows viewers to watch and interact on a computer from any place in the world.  Viewers can also watch the show later for their convenience on our website. 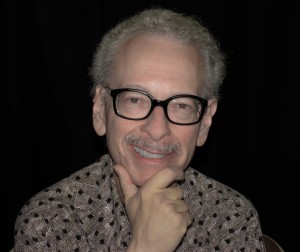 Max The Piano Player was born and raised in Manhattan where everything is available 24/7, with a 6-transistor radio stuck to his ear. He went to 47th St to buy sheet music to the songs he heard on the air, and taught himself to play using ‘fake charts’, like professional musicians used. One day, curious as to what might be beyond Rock & Roll, he went up the dial and found Jim Ameche, Don’s brother, a DJ showing a whole new world of Standards and Broadway. This was intriguing, and led to learning songs from Rock, Pop, Standards and Show Tunes from The Great American Songbook. He fled NY as soon as he could, at age 19, for the quiet, quaint little village of San Francisco, where he lived for two lovely years. Part of his career, though, sent him back to his Old Neighborhood in NYC reinforcing his belief that God has a ironic sense of humor. With the opening of BART, the completion of the TransAmerica Pyramid and the replacement of electric buses with diesel, The City began sounding like NY NY, and he fled from there to Philo, where nothing was available 24/7.

I have enjoyed Max’s company greatly while restoring a old decrepit video from the 80’s as a gift of love from Max during the Christmas season, “Dear Santa.”  The audience will be entertained tonight! Terry Vaughn