Johanna Geenwalt and Micheal Bozzoli and Mendocino TV’s cameras were on site for an interview with the manager, Jamie, and hear the stories of the ghosts and spirits that haunt the halls of this past Temperance House, Hotel and Saloon.

While investigating on her own Johanna stumbles into another era of 19th century wonder and mystery and comes upon a surprise interview with a true believer in the Haunts of the Hotel.

Plan your full moon night, Tuesday, December 17th, joining Johanna, Charles, Michael and our cameras as Mendocino TV does an all nighter streaming live from the Mendocino Hotel for “The Investigation.”

Pop some popcorn, surf over to www.mendocinotv.com and join us a we investigate “The Mendocino Hotel.” 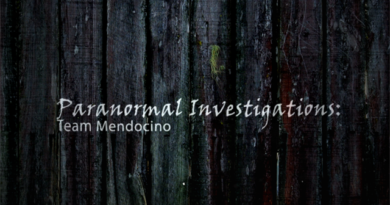 Guest Ghosts, a Night at the Mendocino Hotel