Join Doug McKenty on “The Shift” Live on Mendocino TV on Thursday, December 12th at 4:00p.m.

Doug will interview Mendocino County Supervisor Dan Hamburg, Chairman and President of The Public Banking Institute Ellen H. Brown and other local speakers to discuss the movement to make Mendocino County a “Charter County” and create a public bank for the County of Mendocino and citizenry.

acclaimed author and president of the Public Banking Institute, will speak in Mendocino December 15, 7:00 pm at Crown Hall. Brown’s two most recent books are “The Web of Debt: The Shocking Truth About Our Money System and How We Can Break Free,” and “The Public Bank Solution: From Austerity to Prosperity.” Her talk is part of the Mendocino County Public Banking Coalition’s educational campaign, leading up to the June 2014 election when voters will have a chance to make Mendocino California’s 15th Charter County. California law requires that counties have a charter in order to have a public bank and manage their own money. Why do governments store their money in private, for-profit banks? In 2008 it became obvious that private banks do not necessarily serve the best interests of their depositors. 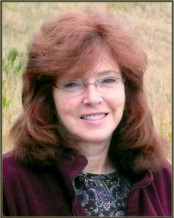 On the other hand, a public bank has only one depositor—the government—and the returns on its investments are used to benefit the citizens of the state or county instead of private shareholders. A public bank can increase liquidity by partnering with community banks and credit unions, and can reduce county debt service by underwriting public infrastructure projects. Although 40% of the banks in the world are public banks, the Bank of North Dakota is currently the only public bank in the USA. It remained strong and solvent while the rest of the country was falling into recession. In her talk, Ellen Brown will explain why and how we can start our own publicly owned bank. She will also answer questions from the audience after her presentation. This is a free event but donations are appreciated to cover expenses.

KZYX Members for Change, advocating for a radio station more responsive to the needs of our community,

would like to remind everyone that the deadline for a voting membership ensuring full participation in this years election is December 31st so sign up if you want your voice heard. Also, we will be holding two organizational meetings, one on

December 7th, at the Mendocinto TV studios in Ft. Bragg (behind The Company Store)

and in Ukaih upstairs at the Ukaih Brewing Company on December 8th, both between 4-6pm. Currently, the group is seeking people who may be interested in running for the board of MCPB who will advocate for membership control over the stations operational philosophy as well as facilitate some control over the programming that ensures access to all points of view.

The Shift visits The Not So Simple Living Fair