In her parting remarks Kraut expressed disappointment that her young daughters would see a city council comprised of only men. Keeping in mind that until two days before the deadline there were only 3 candidates for 3 council seats, it seems it would have been important to recruit another woman to replace Meg instead of Mark Iacuaniello.

Public comment was received in regards to the Environmental Report on the Mill Pond portion of the Coastal Trail.

Check out the video to view staff apologizing for the Main Street Relocation Project, hear the changes staff proposes, at the last moment, which depend on a new level of Caltrans cooperation and the articulate and passionate objections of the community. Former Council Members Meg Courtney and Heidi Kraut were among the few voices supporting going forward with this project, believing it will improve downtown. The Council all weighed in and to a thundering applause, voted 5-0 to return the money and abandon the project.

Scott Mayberry, retired Police Chief, unexpectedly addressed the City Council during the public comment portion of the agenda. While the first portion of the meeting was a dynamic and interactive discussion between the council and an engaged citizenry, most of the crowd was gone when Chief Mayberry spoke. In his very heartfelt remarks, Scott offered to publicly release both his personnel and medical records to counter the rumors and accusations made against his character and job performance. . Praising the changes he witnessed on the City Council tonight, he raised the possibility of running for the City Council in the future himself. Watch the video to truly appreciate Chief Mayberry’s dedication to this community.

Chief Mayberry addressing the City Council during the public comment after the break raises a concern, Mendocino TV shares, regarding people fleeing the meeting after their issue has been heard or at the break. Numerous times Mendocino TV has literally been the last and only person in the room, when important issues are raised or voted on. Tonight marked a new direction in citizens really impacting the decision making process.

A special thanks go to Autumn & Jess Stuckey of Bamboo Garden and Spa for mobilizing the Company Store peeps.

For people to truly build the community they desire, it is critical to stay engaged for the entire meeting. After all, Edmund Burke was correct so many years ago when he said that people get the government they deserve. If you want an effective government, you need to not only vote, you must be actively involved and educated in an ongoing basis. 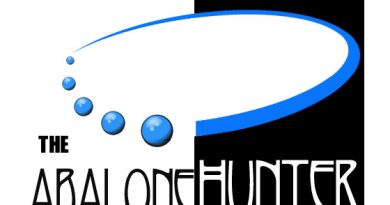