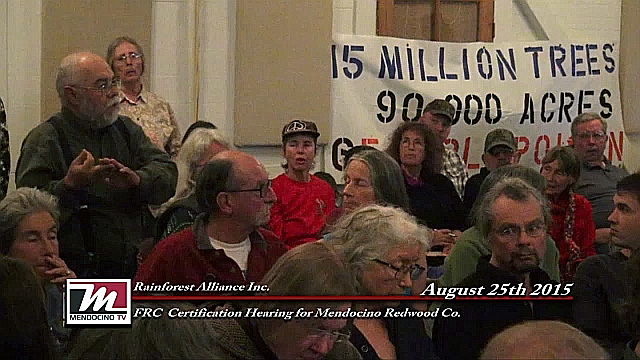 This Broadcast has been cancelled so we can bring you the visit by Bernie Sanders to Cloverdale.

Measure V will safeguard all of us from the Mendocino Redwood Company’s current management practice of killing millions of tanoak trees and then leaving them standing dead for years and years.  A majority yes vote on Measure V would declare these trees a public nuisance that endangers the health and safety of County residents and is a life safety risk to firefighters.

Since the ballot initiative came from the volunteer firefighters after the county supervisors dodged responsibility and because we all learned after passing an anti-herbicide ordinance decades ago, that only State can regulate herbicides, we will not be focusing on the hack and squirt forestry practice but rather on the fire dangers of intentionally leaving vast stands of dead trees surrounding our rural  communities and cities.

We will be focused on herbicide dangers on our June 10th show when we examine the recent news that Mendocino, Napa and Sonoma winds tested with various levels of the toxic antibiotic glyphosate that is in the toxic chemical mix called Roundup.

“MRC recommends voting no on V because, they say, it will demolish their ability to restore conifer  balance in the forest, and it will reverse environmental progress as well as their economic foundations.   As they now refuse to defend those pretty extreme claims they appear to be relying on more direct ways to influence the vote.

MRC top management has been visiting logging companies insinuating they won’t have a job if they don’t oppose V? That V would somehow stop logging or restoration.  I  talked to two such logging companies yesterday who reluctantly put up no on the signs but privately were voting in favor of V.  One owner said a dead tree is a dead tree if these fools in upper management think that their policy of restoration is good, They are dead wrong.   If Donald Fisher was still around this would not be happening.

Another owner said he supported V but was between a rock and a hard place, because MRC had already screwed the trucking companies and drivers, and if he publicly supported V there might be more “putting the screws to them”, but that he and his crews were planning on voting yes. In fact, they support falling these trees, putting truck drivers and Tree Fallers to work. Their propaganda is not working!”