As MCTV pulls the plug and goes dark, a new light shines.

Fort Bragg City Council will be broadcast on the internet!

While details are emerging, Mendocino TV is assisting Linda Ruffing, Fort Bragg City Manager, as she pulls together volunteers and city staff to continue vital operations.

The Fort Bragg City Council Meeting on Monday July 22nd at 6p.m. will be streamed  on the internet at www.mendocinotv.com where viewers can access it at their convenience. https://mendocinotv.com/?p=5464

Lindy Peters, former mayor and longtime voice of the coast, will bring his unique viewpoint to Monday’s Fort Bragg City Council Meeting as a political analyst for Mendocino TV.

At 7pm Marianne McGee, Mendocino TV editor, will video-record the MCN Community Network Input Forum which is scheduled for Monday, July 22nd at 7 PM at the K-8 School Multipurpose Room, regarding the fate of MCN, the school district’s popular internet service provider. At this meeting the public will voice their concerns and ideas to the Trustees.

Watch as Mendocino Community Network (MCN) subscribers and district members join in the Middle School Multi-Use room at 7p.m. to give input to the decision making process. https://mendocinotv.com/?p=5457

Look for additional government and local media content on www.mendocinotv.com. 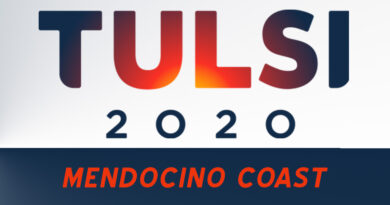