If I heard this correctly, He says that the Board, last June, voted unanimously to make no cuts to programs or services and deliberately passed a budget with a deficit in order to make a point to the community about the need for a parcel tax. 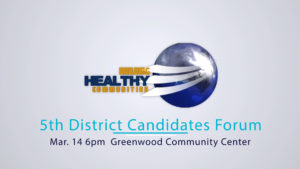 This could be construed several ways. We know MCDH was bailed out last year by the Mendocino Coast Clinics Inc., who stepped in and helped to resolve the Obstetrics (OB) financial problems by offering more on call hours coverage by their OB physicians and Pediatricians.  Mendocino Coast Clinics (MCC), as a Federally Qualified Health Center (FQHC) clinic, is able to save money because they have less expensive insurance coverage, lower salaries and benefits as well as a better rate for MediCal reimbursements.

That statement exemplifies the stale mentality and lack of vision of the existing Board of Directors. Make no attempt to solve a budget crisis because the voters wouldn’t approve a parcel tax if the hospital wasn’t in danger.

If you look at the comparison between the neighboring hospitals annual budgets and the timing of the passing of their parcel tax a distinct trend happens.