Mendocino Coast District Hospital (MCDH) Board of Directors met as the MCDH Affiliation Board on Monday July 22 and will consist of Chair Steve Lund, Amy McColley and John Redding since board members Grinberg and Arnold have been declared as having conflicts of interest. Citizen Jacob Patterson asked the members if they had requested those two people to resign, so two members could be appointed without conflicts of interest!

This group is distinct from the MCDH Ad Hoc Affiliation Committee made up of Lund, McColley and CEO Wayne Allen and can meet privately, without public input.  They brought several decisions to this new committee, which must be conducted in public.

Apparently the Ad Hoc Committee compared the proposals from American Advanced Management Group (AAMG) and Adventist Health and found enough issues for McColley to propose a motion, which passed, to eliminate AAMG from consideration.  While he seconded the motion, John Redding raised pertinent questions and concerns regarding the proposals and processes.

There appears to be both Medicare and Attorney General Investigations of AAMG, lack of financial information and personal experiences with other organizations affiliated with them have issues as well.  So the MCDH Medical Executive staff also voted to support the Adventist proposal and to dump AAMG.  Hospitalist Dr. Miller conveyed a variety of concerns discussed in their meeting.

Redding again voiced concerns that a decision has already been made to move forward with Adventist Health and now a flawed process is in play to justify the decision.  He’s also concerned that there still is no strategic plan, no capitol budget, no discussion of other options and no Plan B, should these negotiations fail to produce an agreement.  Redding wants to continue examining other partnership opportunities as well looking at other options.

Adventist Health does raise concerns as it appears that they are not prepared to cover all costs to earthquake retrofit, their proposal mentions potentially closing Labor & Delivery and issues that exist with affiliating with a religious organization.  The AVA published letter from a Ukiah physician expressed concerns including loss of providers, increase care costs and lack of actual community input.  The wife of an Adventist physician told me directly years ago about the limitations of promotions based on religion and I remember the big scandal in Willits when Howard Hospital staff lost their jobs unless they were willing to move out of the community.

Additionally, three years from now, this country may well have a new entire single payor medical system, especially if the Supreme Court throws out the ACA, which would mobilize this effort!

The next steps will be the Ad Hoc Affiliation Committee to start negotiations and gather more details about the Adventist Health proposal.  Chair Steve Lund continues to say there will be many opportunities for people to weigh in during the process.

So, there are many issues to examine in this process and the community will suffer if people do not educate themselves and let their concerns be heard.  While Mendocino TV videos and broadcasts these meetings at its own expense, without compensation, we will continue to cover these meetings as we are able because our community’s future depends on it.  Please donate if you are able, as there have been 5 meetings in 11 days! 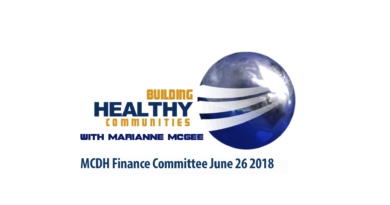 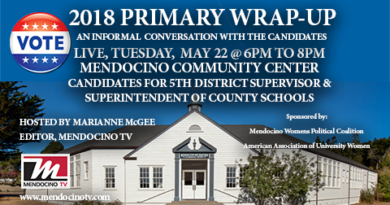