Camp Bragg was a garrison, never a fort, established in 1857 and named after General Braxton Bragg, a hero of the Second Seminole and Mexican-American Wars.  The military outpost, which appeared to primarily exist to control the Indigenous People, was abandoned in 1867, which marked the great reservation property sell off to the lumber barons. It was not incorporated until 1889, 35 years after Bragg had left his plantation to become a Confederate General, 25 years after the garrison was gone and Braxton Bragg was dead.  Which begs the question of why did C.R Johnson choose to name it the City of Fort Bragg ?

The Fort Bragg City Council, after 3 hours of community comments, directed staff to draft a proclamation reflecting the lofty values outlined in the Sanctuary City Resolution of 2017. Additionally an Ad Hoc Committee was appointed with the leadership of Jessica Morsell-Haye and Bernie Norvell. They will work on figuring out the structure and process for the group, including alternatives for encouraging community conversations and figuring out what to do about a potential name change.

It appears this community, like every other part of the country, has extremely diverse and polarized viewpoints on the name change and the political movement attacking racism.  While some people decried there is no racism on this coast, it was quite evident in some remarks to the Council and Mendocino TV interviews.  This City has a history of strong ethnic divisions as well as racism expressed to the Chinese, LatinX and Indigenous People, so it is time to confront it and deal with it!

People adamantly objecting to any name change generally appeared to fear that their entire history will be wiped out, the city’s culture would be destroyed, books and Bibles will be burned, that history cannot be taught if statues are torn down, that people will come here to destroy our city, effectively reflecting the racist rantings of right wing Republicans attacking the need for change as a destructive radical left agenda.  The most shocking words shared by long time locals, educated in the local educational system, that they had no idea who the town was named after nor the bloody history of the region!

Generally, most people clearly in favor of a change were often just asking for a process to start inclusive conversations regard the City’s name and examining local issues around racism and improving communications. Many indicated symbols represent values, such as a city named by a treasonous general, and by eliminating antidemocratic symbols forward progress can happen.

While many nice speeches and idealistic quotes were read by both community and Council Members, the truth is that talk is cheap!  While heavily relying on the lofty words and values reflected in the Sanctuary City Resolution, I have seen absolutely no action or leadership that incorporates them into daily life here.

While it was extremely refreshing to see the Indigenous People attend and speak up, with a town of 34% LatinX population, it was strange those voices were not heard.  While I can appreciate people not living in the city limits wanting input, it is ultimately the Fort Bragg citizens who will have a vote on a name change. And if you watch the meeting and Mendocino TV interviews, it is quite evident that people were often contradicting themselves, which was quite confusing.

A vocal opponent of the name change said it best, “a name doesn’t make a town, the people do.” And it is time for Fort Bragg to learn and understand its history.  It is time to really build on better community values and establish a culture that is healthier that just one based on extracting natural resources.  While committees are often a way to just push issues down the road, I am optimistic that the younger, vocal participants will not just let these issues get moldy and die. 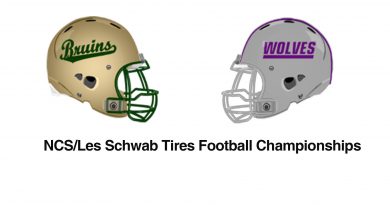